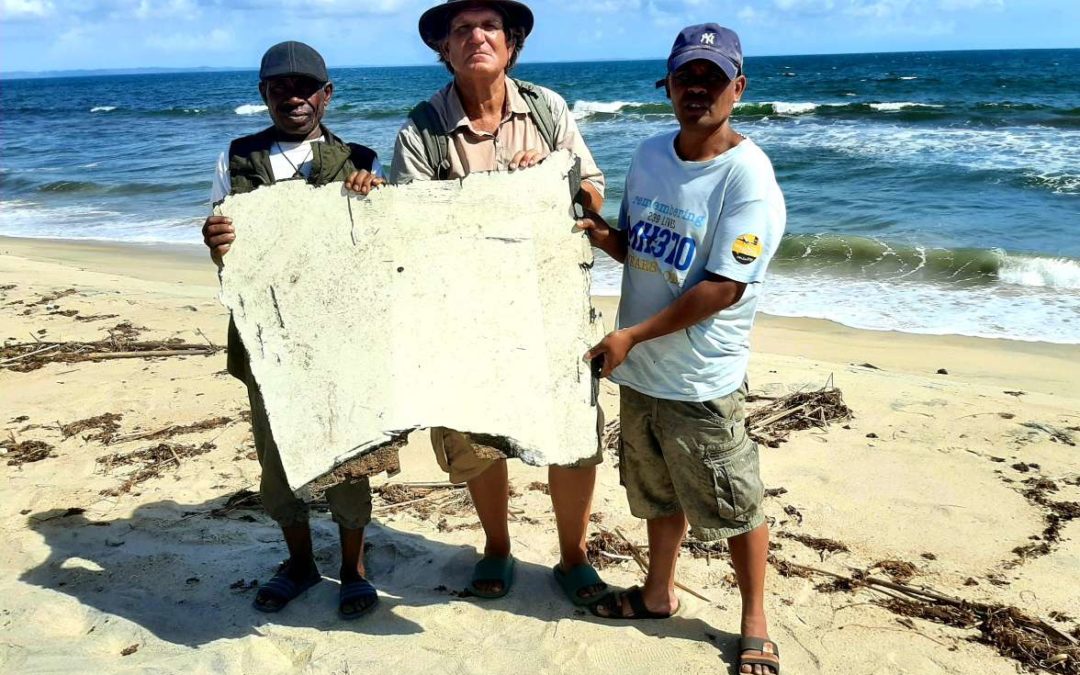 New clues reveal the demise of MH370. Since the crash of MH370 in the Indian Ocean a considerable amount of physical evidence has been gathered. 36 pieces of floating debris have been found and delivered to the Malaysian authorities for investigation. Official reports are still awaited for 3 items. 19 items of floating debris probably originating from MH370 have been found washed ashore in Madagascar, which is situated in the Indian Ocean at the latitudes where the South Equatorial Current interacts with the island.

Now another item of floating debris has been discovered in a fisherman’s back yard which was found washed ashore on the Antsiraka Peninsula South Beach in Madagascar in March 2017 after the tropical storm Fernando had passed by. The debris item had barnacles on it when it was found. 4 items of MH370 debris have been found on the same beach. The location was predicted by the University of Western Australia (UWA) oceanographic model.

The debris item is likely the remnant of the left main landing gear trunnion door. The debris item is almost certain to be from MH370 and is similar to other items of floating debris found in the Western Indian Ocean and subsequently shown to be from a Boeing 777 or more specifically from the Boeing 777-200ER aircraft with the registration 9M-MRO used for the flight number MH370.

The level of damage with fractures on all sides and the extreme force of the penetration right through the debris item lead to the conclusion that the end of the flight was in a high speed dive designed to ensure the aircraft broke up into as many pieces as possible. The crash of MH370 was anything but a soft landing on the ocean. Expert analysis showed that the flaps were not partially extended as would be the case for a sea ditching. The realistic possibility that the landing gear was lowered shows both an active pilot and an attempt to ensure the plane sank as fast as possible after impact.

The combination of high speed impact and extended landing gear show a clear intent to hide the evidence of the crash. The recovered MH370 floating debris speaks to how the plane crashed, and the oceanographic drift analysis speaks to where. Neither can tell us who was flying the aircraft or why. It is hoped that the debris item will undergo a professional examination and analysis leading to an identification and provenance of the item.

A full report by Blaine Gibson and Richard Godfrey can be downloaded at the following link (35 pages, 100 MB): here

21st December 2022 – A major update to the report answering the many questions we have received, with the use of high resolution photos, can be downloaded at the following link (14 pages, 113 MB): here