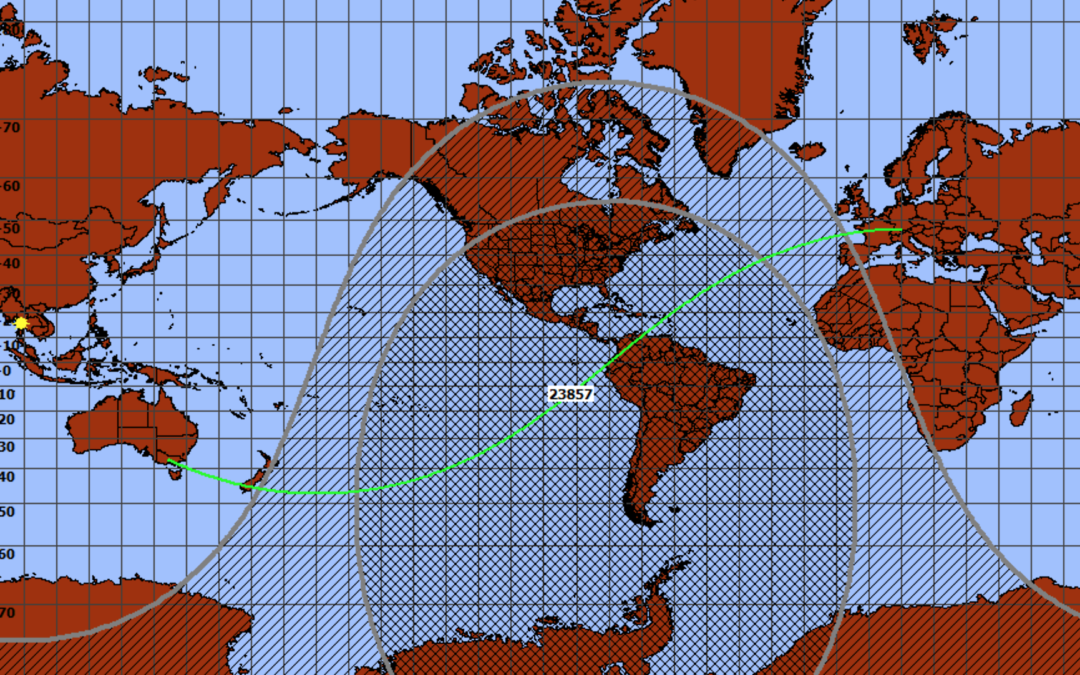 There are around 4 Million WSPRnet global links between amateur radio transmitters and receivers every day. Approximately 60,000 of these are propagations over distances greater than 15,000 km. The question arises exactly how far can HF radio waves propagate? Obviously from any particular terrestrial transmitter to any particular receiver there are two propagation paths around the globe, the short path (SP) and the long path (LP). Generally the SP transmission is first considered and propagation paths up to a maximum of half way around the globe are expected.

In the linked white paper we explore long path WSPR propagation and show WSPR signal propagation over large distances are possible via both the SP and the LP. HF radio waves can travel further than half way around the world and still be detectable by a WSPR receiver. The white paper can be downloaded here

WSPR propagation distances greater than 23,850 km and well in excess of half way around the world (20,015 km) are possible. The flight of MH370 was during the hours of darkness and mostly over the ocean, both of which favour long distance WSPR propagation.