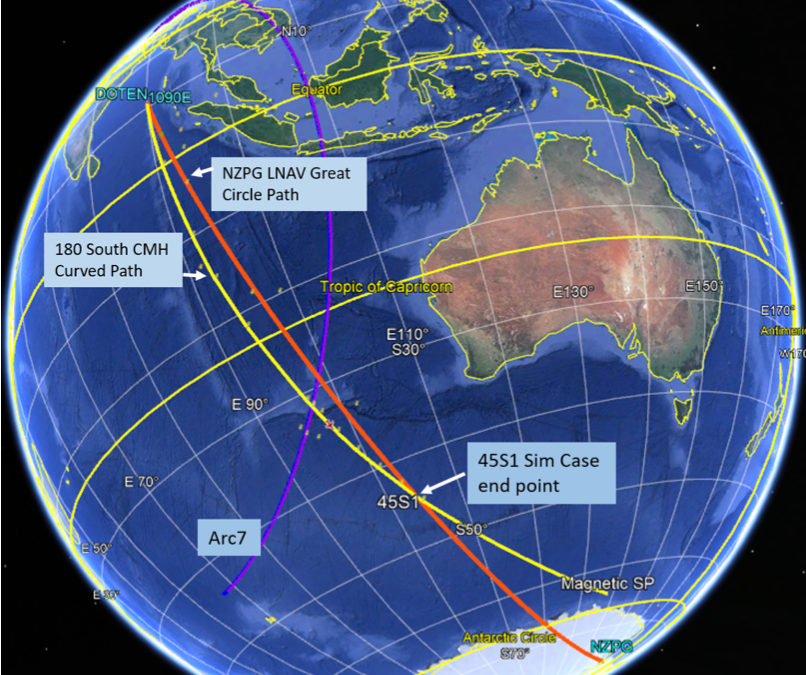 Bill Tracy has written a paper entitled “New Interpretations of the Pilot’s Home Flight Sim”. In recent months, the ATSB has given analysts some guidance on the undisclosed portion of the MH370 pilot’s flight simulator cases. The new information leads Bill Tracy to believe the simulator flight path was an 180° South CMH to the Magnetic South Pole, and perhaps not to NZPG in Antarctica as originally thought. Bill concludes that the implication of an 180 South CMH path for MH370 is a crash latitude at around 32°S near the 7th Arc. This aligns with the drift analysis of Prof. Charitha Pattiaratchi, who also concludes that the most likely crash latitude is 32°S.