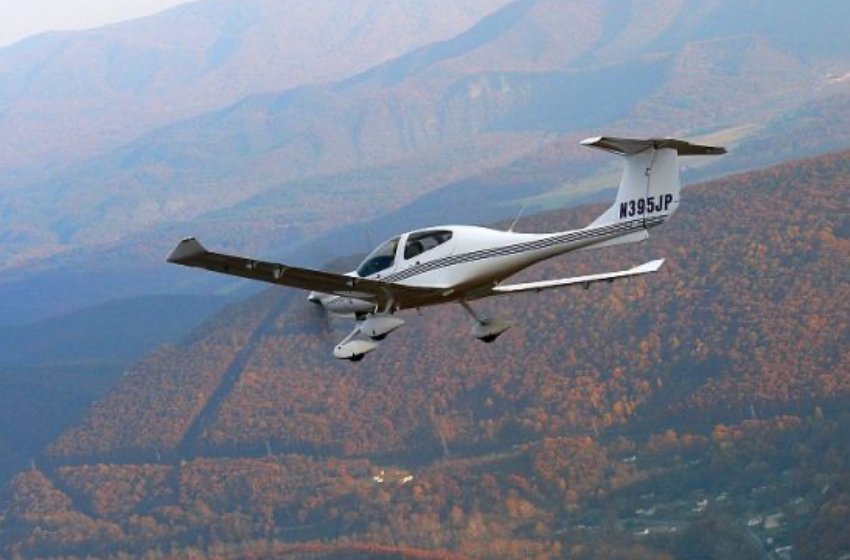 In a previous paper we have successfully detected and tracked a large aircraft, a Boeing 777-300ER, but what about small aircraft. In this case study we detect and track the flight of a Diamond DA40 single engine aircraft registration N395JP during a 48 minute roundtrip from Roanoke-Blacksburg Regional Airport over the Blue Ridge Mountains of Virginia, USA and the Smith Mountain Lake then back to Roanoke.

This case study is interesting for a number of reasons.

Firstly it is the opposite of the previous studies as for a change all the information is available for the total flight. The positions are confirmed and the challenge is to find anomalies that correlate with the known positions. In a way our work will supplement and refine that done previously by Dr. Robert Westphal by tracking aircraft in the Antarctica. This case study is however in much more congested airspace and thus it is quite a step forward.

Secondly this is a much, much smaller target travelling much slower than MH370 or the Emirates flight EK421, which were both Boeing 777s. As we have found a significant number of anomalies it will confirm the suitability of the technique to more general applications.

Thirdly the short path propagation between transmitters and receivers closer to the target (i.e. in the USA/Canada region) are at much higher elevation angles than those applicable to MH370. The long distance detections from Europe etc. are however at much lower elevation angles as is the case with MH370. This will contribute to a generalised solution.