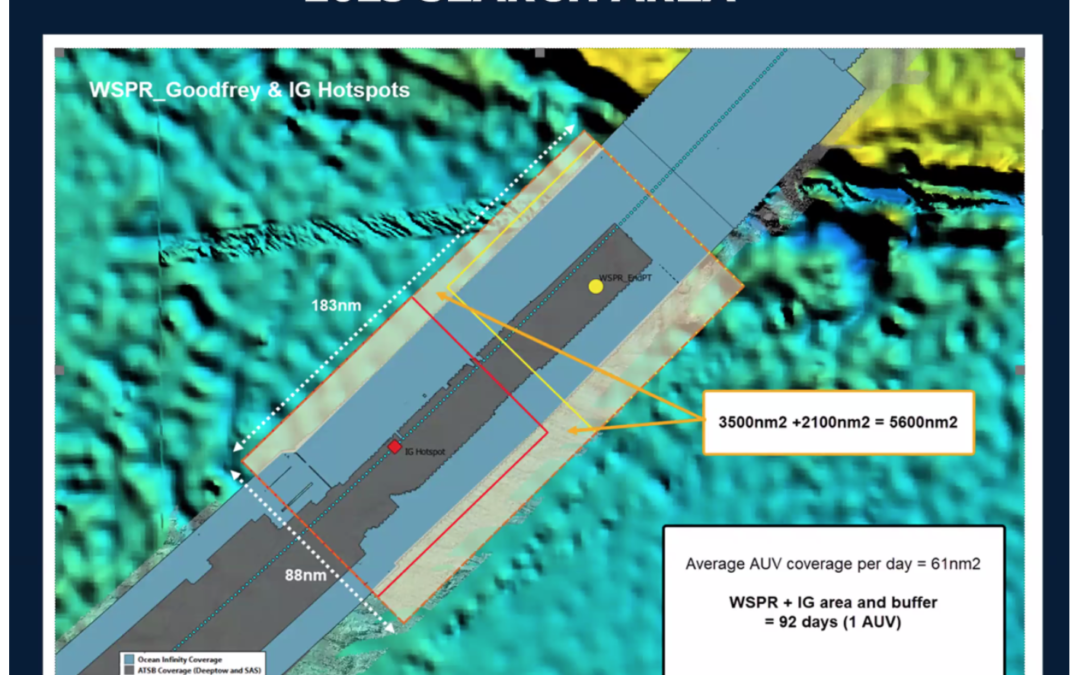 WSPR technology can be used to detect and track aircraft. This paper underpins the flight path report published 31st December 2021 which provided the findings every two minutes during the entire flight of MH370 from 7th March 2014 16:42 UTC to 8th March 2014 00:20 UTC. The alignment of the predicted position of MH370 with the great circle path of one or more anomalous WSPR links occurred at 125 different times during the flight, involving a total of 186 anomalous WSPR links out of a database of 76,097 WSPR links during the MH370 flying time. In 45 cases multiple WSPR links intersected at the predicted position of MH370. The crash location identified is 33.2°S 95.3°E. The previous report (124 pages, 55 MB) can be downloaded here

The results of the WSPR based analysis align with previous work on the Inmarsat satellite data, Boeing 777-200ER fuel model and Oceanographer’s drift analyses of the floating debris found from MH370. Blaine Gibson and others have found 36 items of MH370 floating debris, either confirmed from part numbers and serial numbers or confirmed from a Boeing 777-200ER aircraft type. Prof. Charitha Pattiaratchi of the University of Western Australia predicted where floating debris would be found and Blaine Gibson successfully searched on his advice. Prof. Charitha Pattiaratchi has identified a crash location between 32°S and 33°S near the 7th Arc based on his drift analysis.

WSPR technology provides credible new evidence to help determine the crash location of MH370 and we therefore recommend a further search be authorised. The offer by Ocean Infinity to recommence an underwater search in 2023 should be accepted. Our latest technical report (100 pages, 45 MB) can be downloaded here