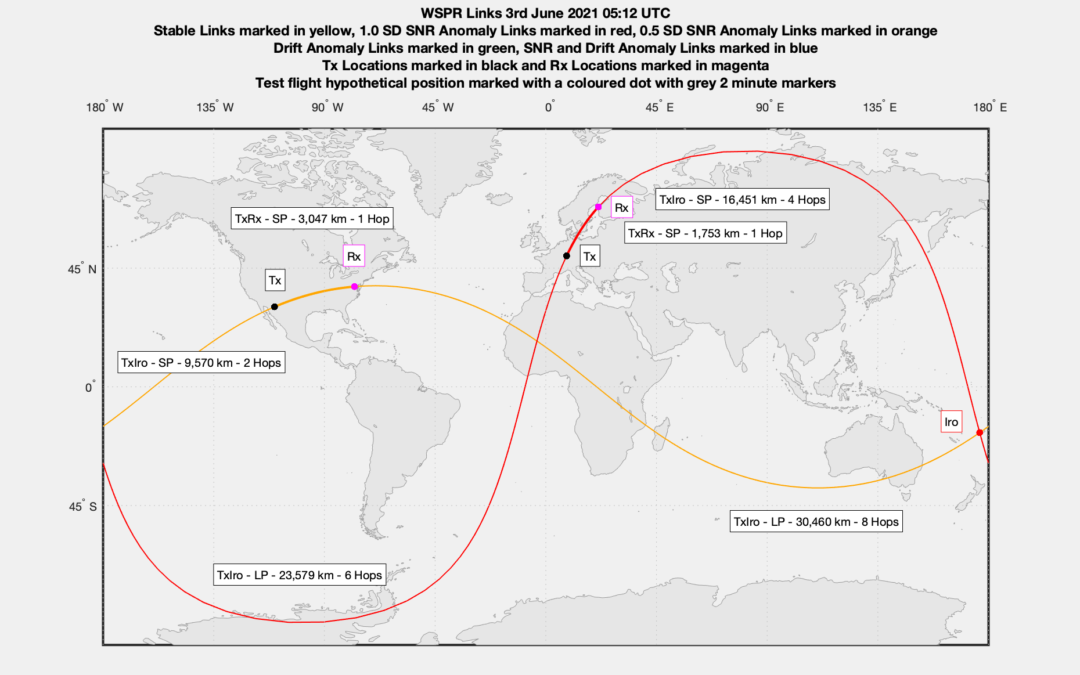 A WSPRnet Propagation Technical Analysis can be downloaded here

The purpose of this technical analysis is to explain how the propagation of WSPRnet signals is used to track an aircraft. A worked example taken from the Qantas flight used in a recent blind test will be used to explain in detail how the system detects and tracks the aircraft.

WSPRnet data allows the detection and tracking of aircraft on a global basis. WSPRnet data is available historically going back to 2008. The accuracy of the tracking is generally within 18 nm. An aircraft can be tracked at low altitude as long as it is not shielded by terrain.

Further tests are planned using data from AMSA MH370 search and rescue flights into the southern Indian Ocean in March/April 2014.

If it can be shown that aircraft can be successfully tracked in 2014 across the Indian Ocean on average at least every 10 minutes using WSPRnet data, then coupled with the Inmarsat satellite data every hour, a much more precise estimate of where MH370 crashed can be made.