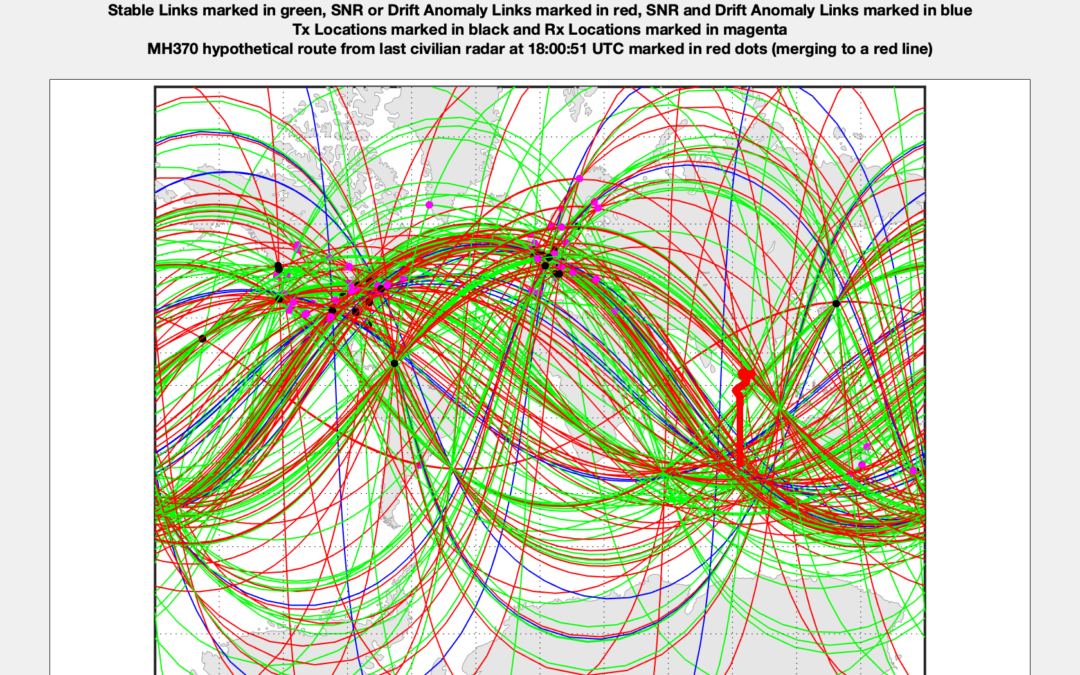 In a previous paper entitled “Using the WSPRnet and Inmarsat Satellite data in the search for MH370” published on 14th April 2021, I showed how the weak signal propagation report network (WSPRnet) and the Inmarsat satellite data can be used in conjunction with each other to help solve the mystery of MH370. Both systems together can be used to detect, identify and localise aircraft.

In this paper I describe a system for the Global Detection and Tracking of any Aircraft, Anywhere and at Anytime (GDTAAA). The system takes data from the WSPRnet and feeds it automatically into a flight tracking system. Global detection and tracking of aircraft is possible using a form of electronic trip wires. Trip wires are both anomalous WSPR links and Inmarsat satellite arcs based on the Burst Timing Offset (BTO) and Burst Frequency Offset (BFO) data. Flight path position indicators are multiple trip wires that cross at a certain point. Flight path progress indicators are single trip wires that align with the predicted position of an aircraft following a given track at a given ground speed.