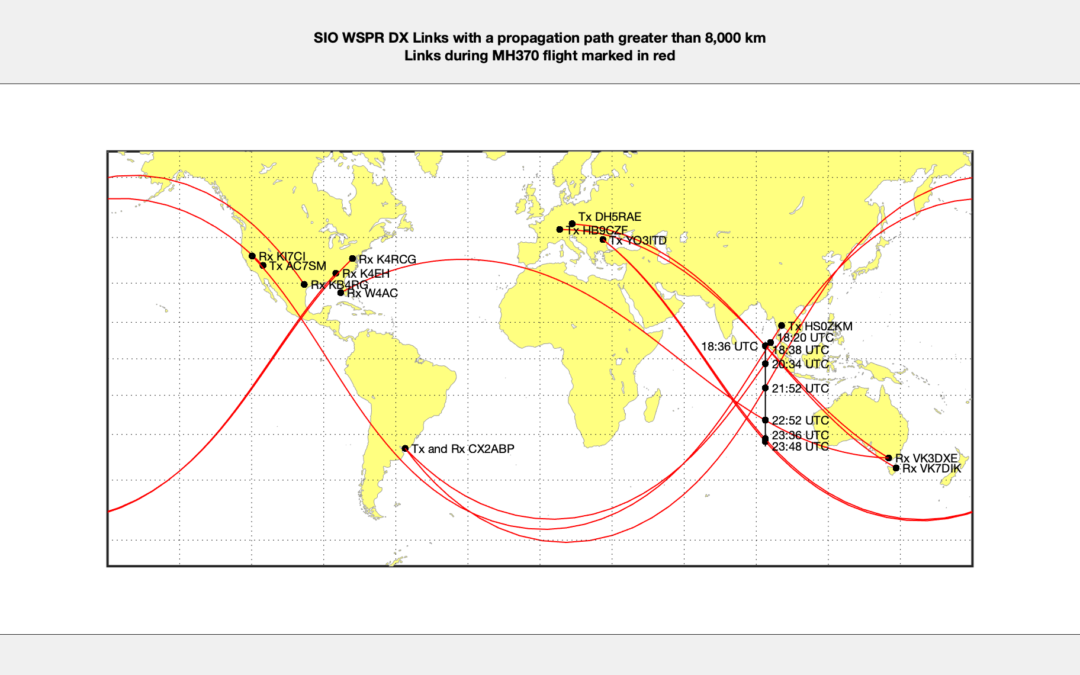 The Weak Signal Propagation Report (WSPR) is based on a protocol invented by Joe Taylor. WSPR is a digital radio communication protocol designed for weak signal transmission. WSPR uses frequency-shift keying and forward error correction to reliably send data tens of thousands of miles with just a few milliwatts of power. WSPR was designed to test radio signal propagation.

Both systems were designed for another purpose other than the detection, identification and localisation of aircraft. However, together the two systems can be used to detect, identify and localise MH370 during its flight path into the Southern Indian Ocean (SIO). Neither system is perfect for this task, but together they can give a good result.

(The paper has been updated on 14th April 2021 to correct an error in the numbering of the Figures.)