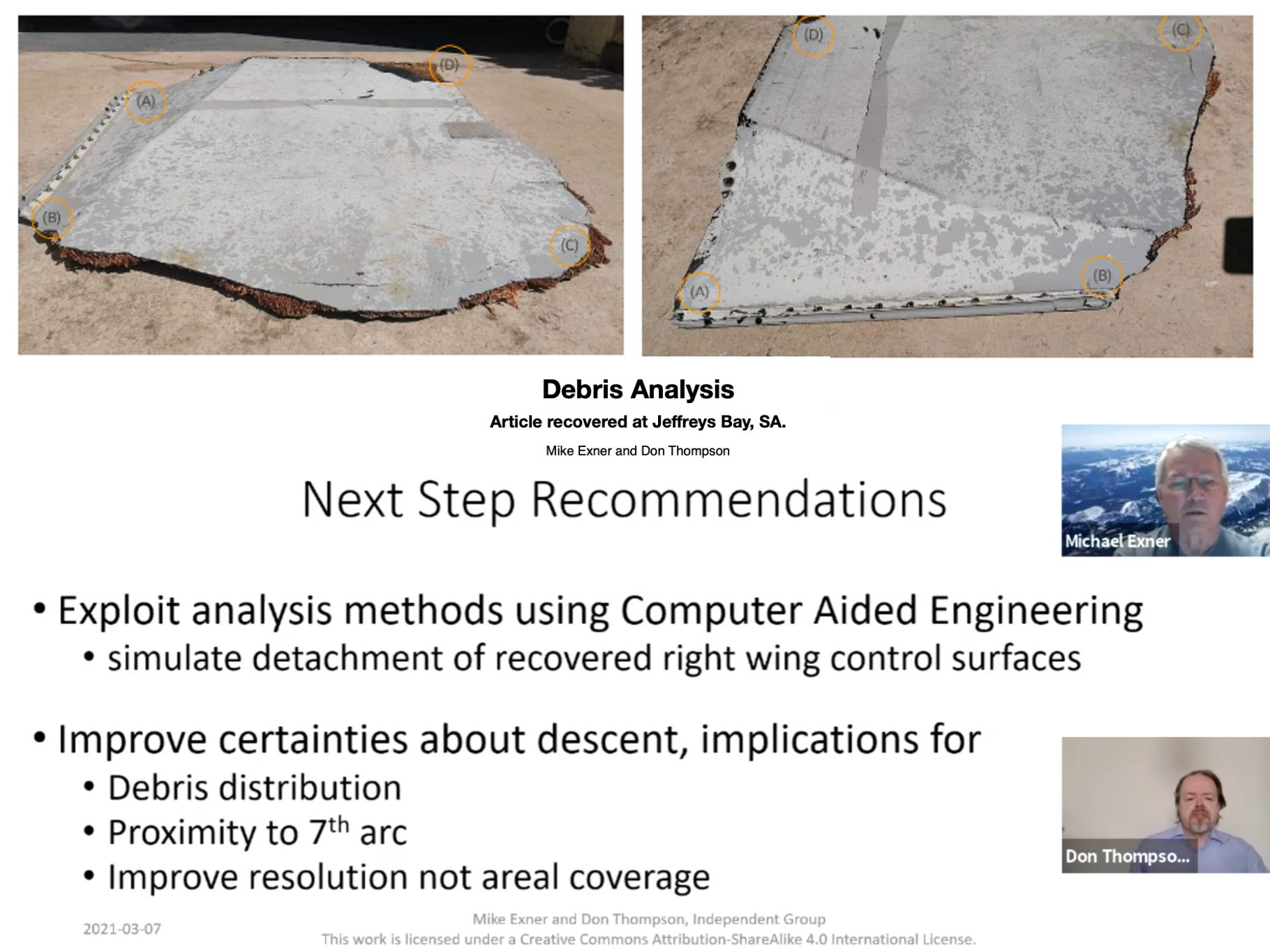 Mike Exner and Don Thompson of the Independent Group have released their analysis of the latest debris item found in Jeffrey’s Bay, South Africa. They presented their findings at a press conference organised by the MH370 Next-Of-Kin on 7th March 2021. The debris item is definitely a part of an inboard spoiler from a Boeing 777 and is almost certainly from MH370 as the only aircraft of this type to have crashed in the Indian Ocean.

Mike and Don challenge analysts not just to consider each debris item separately, but to also consider groups of debris items. Out of 34 debris items found and reported so far, 7 items are from the right wing and the new analysis points out that 4 items are control surfaces from adjacent locations along the right wing. The key finding of the new analysis is “the forces leading to the detachment of these structures initiated in the core torsion box of the wing and not from forces due to external contact applied at the trailing edge of the control surfaces”. These control surfaces appear to have separated from the aircraft in an uncontrolled descent before impact. The question is raised, whether the right wing separated from the aircraft before impact.

The implications of the extensive damage to the right wing control surfaces and the possibility of separation of the right wing before impact would preclude a glide scenario. Mike and Don conclude in their presentation, that they have a high degree of confidence the MH370 underwater debris is probably only 10 nm or 20 nm from the 7th Arc and possibly in more than one location.

The analysis can be downloaded here