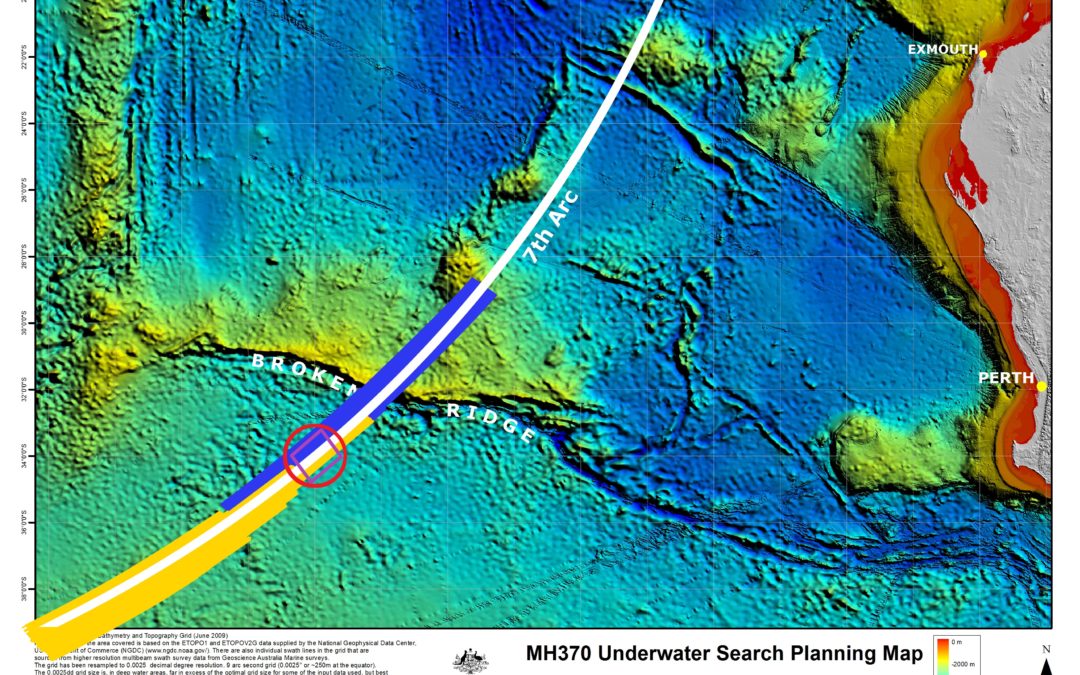 Geoffrey Thomas of www.airlineratings.com has written a guest article on new credible evidence defining where to search for MH370. Although this area has been partly searched before, the underwater terrain is very challenging. At the 7th Anniversary of the disappearance of MH370, we send our thoughts and prayers to the Next-Of-Kin.

The article on New Credible Evidence can be viewed here

Geoffrey Thomas has written a second article in which Prof. Pattiaratchi and Blaine Gibson define the search area between 32°S and 34°S within 70 nm either side of the 7th Arc. Their analysis is based on the physical evidence of the MH370 debris finds made by Blaine Gibson and other private citizens and the accurate prediction of where those finds would be most likely made defined by the drift modelling of Prof. Pattiaratchi.