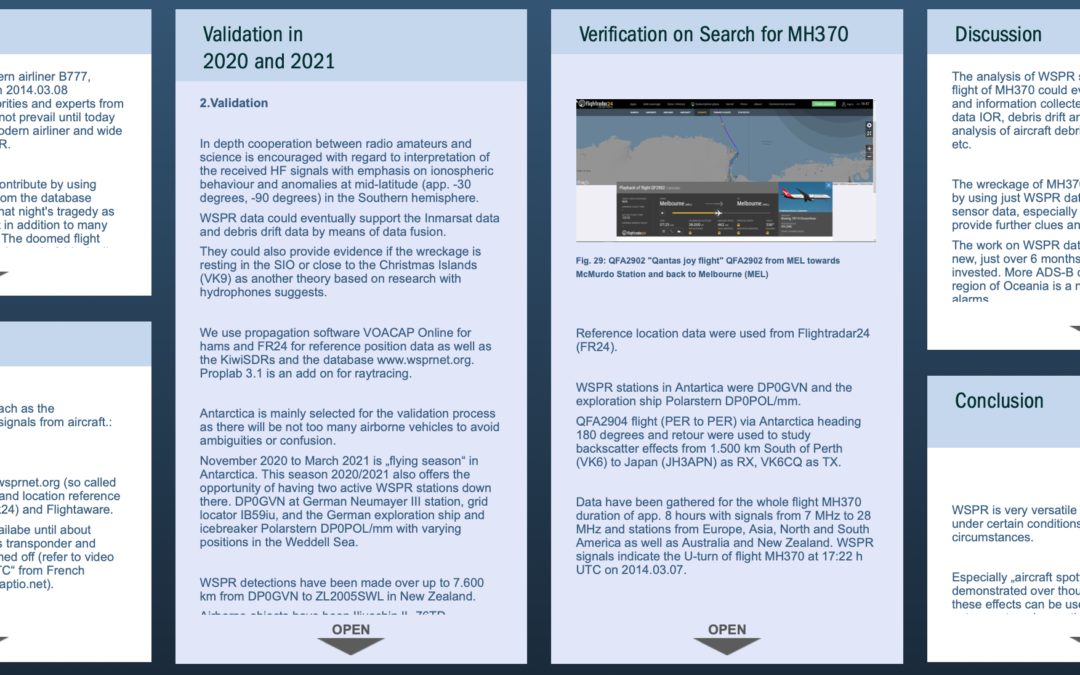 Dr. Robert Westphal (aka @RobW) gave a presentation entitled “Geocaching in the Ionosphere” at the international amateur radio scientific workshop HamSCI 2021 held on 19th – 20th March 2021 and hosted by the University of Scranton, Pennsylvania, USA.

The presentation gives an overview of the use of the Weak Signal Propagation Reporting Network (WSPRNet) in the search for MH370. Data have been recorded in the WSPR database (www.wsprnet.org) for the whole flight duration of app. 8 hours with signals from 7 MHz to 28 MHz and stations from Europe, Asia, North and South America as well as Australia and New Zealand. WSPR signals indicate the U-turn at 17:22 h UTC and the Final Major Turn (FMT) heading 180 degrees towards the Indian Ocean at approximately 19 h UTC.

The presentation can be viewed here or downloaded here