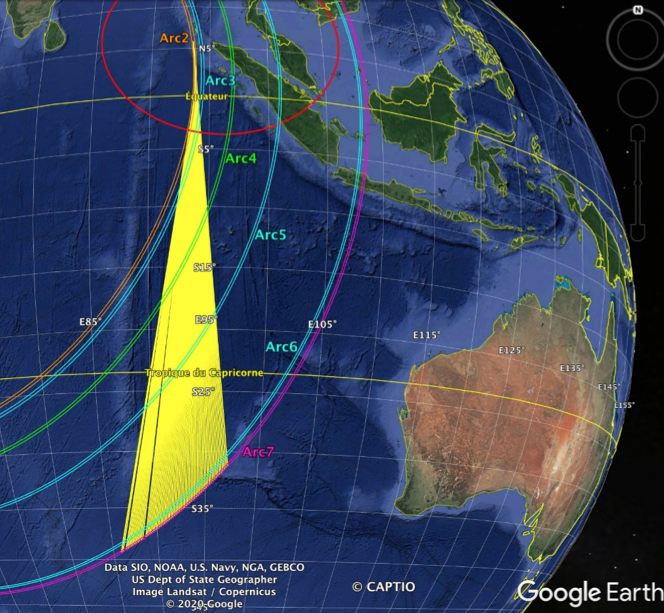 In addition to their existing other work, CAPTIO have studied a thousand Inmarsat compatible straight line trajectories crossing ARC2 from latitude 5.8°N down to 3.35°S. A straight line trajectory ( i.e. constant speed, great circle from Arc2 crossing point) minimises the number of trajectory variables to be considered. Based upon the geometry of the system (the aircraft and the satellites i.e. the actual one and the virtual one), we analysed the BFOR behaviour as function of speed, track direction, position and time. We also came up with an analytic formula for the Inmarsat compatible straight line trajectories crossing Arc2. All these numerous trajectories starting at latitude 5.8°N down to 3.35°S at Arc2 are equally probable and the resulting likely latitude at Arc7 is circa [~31°S;~39°S].